The Irish abortion bill is legislation we cannot live with

This is a guest post from the Abortion Rights Campaign in Ireland on the Protection of Life During Pregnancy Bill that the Irish Government has passed today. The bill allows for abortion in cases only when a woman's life is at risk. 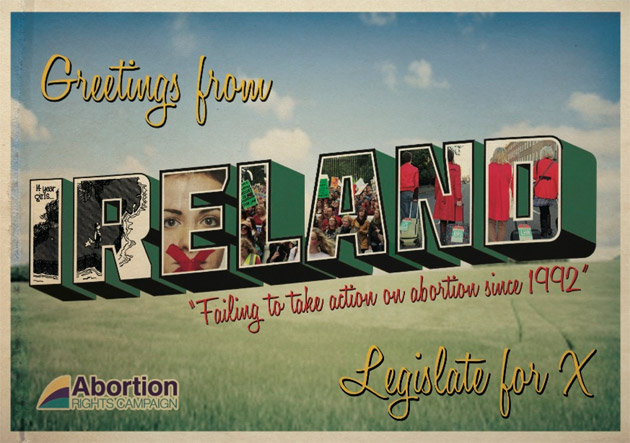 The Abortion Rights Campaign (ARC) welcomes the Irish government’s initiative in moving the Protection of Life During Pregnancy Bill, while noting that the Bill is over 21 years overdue. Despite a mandate from the European Court of Human Rights, women in Ireland have been forced to wait unnecessarily while legislators drag their feet, ignoring the ABC case decision and the results of two referendum. At last, the pro-choice movement, buoyed by the support from the people of Ireland, could not be ignored.
Despite the move to legislate, ARC asserts that the bill is not fit for purpose, nor does it comply with the ruling that any legal framework for abortion services must include accessibility. Failure to comply with the European Court of Human Rights judgement violates women’s rights. Politicians, who otherwise promote the importance of mental health issues, have absurdly created a traumatising process of assessment for suicidal pregnant women. The steps involved in procuring legal termination to save a woman’s health in this Bill do not constitute accessibility. ARC therefore welcomes the principled stance taken by a number of pro-choice TDs in voting No to the legislation.
This is legislation we can’t live with. Provision must be made to allow terminations for fatal foetal abnormalities. Women and their families, suffering the grief of knowing their much-wanted pregnancies are incompatible with life, should be able to avail of medical care in their own country.
ARC are seriously concerned about the potential outcomes from the criminalising of women and those who assist them. Women who self-administer the abortion pill, dissuaded from seeking necessary medical follow-up lest she be prosecuted, will be denied their basic right to health care. Because of the criminal penalties outlined in the Bill, a doctor may once again refuse to provide a life saving abortion because of potential legal sanctions against them. This Bill lacks the clarity to earn its name.
We now need to repeal the 8th Amendment to the Constitution which equates the right to life of a woman to an embryo or foetus, regardless of the woman’s state of health, regardless of all the other factors which may make it necessary for a woman to seek an abortion. Consistent opinion polls have shown that access to abortion is supported by the majority of the Irish people. It is only a matter of time before free, safe and legal abortion will be available in Ireland.
Posted by bpas blog at 07:15