Last week, we attended Birthrights’ Dignity Forum, the event which launched their campaign to promote Dignity in Childbirth.

It is incredibly important that women are treated with respect and given support, information and choice in childbirth -we see women whose experience of birth, in particular those who suffer from birth trauma, impacts on their decision whether or not to continue with a subsequent pregnancy.

The conference explored the varied experience of women in childbirth, both across UK and globally, set childbirth rights in the context of human rights law, and pointed to work that needs to be done to improve the care and support offered to women at this point in their lives. 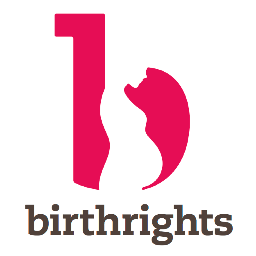 Why dignity in birth matters

Professor Lesley Page, President of the Royal College of Midwives, opened the conference by setting out very clearly that dignity in birth matters because it is bound up in better outcomes. Respect, kindness and consideration ensure that the care provided is right for each individual woman, leading to better physical and emotional outcomes for the woman, baby and family.

Dignity can be provided by simple actions such as medical staff introducing themselves or knocking before entering a private room. However, services have been hit by both a birth rate increase that has far outstripped any rise in midwife numbers, and also an increase in the number of women presenting with complex healthcare needs, such as those with high BMIs. This is making it more difficult for midwives to always be able to deliver the service they want to provide for women.

Professor Page acknowledged that the survey does indicate there is a distance to go to ensure choice, control and dignity in childbirth – but she stressed that maternity service workers are passionate about raising standards, and are already working hard to achieve this.

Dignity in childbirth is a human right

It was incredibly useful to hear childbirth discussed in the context of human rights. Helen Mountfield QC argued that whilst dignity may seem like an elusive concept, hard to pin down, it is at the heart of human rights with Article 1 of the UN Universal Declaration of Human Rights states that "all human beings are born free and equal in dignity and rights." Helen Wildbore of the British Institute of Human Rights also outlined the ways provisions in the Human Rights Act are applicable to childbirth, from Article 3 which prohibits inhumane or degrading treatment to Article 8 which protects the right to respect for private and family life.Yet despite dignity being a core right, it can prove difficult to exercise. Helen Mountfield QC argued that this was particularly true for women, who can unfortunately be used to being told that what they need or want to actualise their choices just isn't available. In our experience, this is certainly true with regards to a range of reproductive healthcare options, from what type of contraception women are able to access to their choice of where to give birth.

The White Ribbon Alliance presented their Respectful Maternity Care campaign video, which we really recommend watching, and spoke about their Universal Rights of Childbearing Women Charter.

Childbirth is the biggest killer of women globally but real progress is being made - over the last ten years the rates of maternal mortality have halved. But, as Brigid McConville of the WRA said, “we need to reach the other half.”

Respectful care can play a vital role in reducing maternal mortality rates as fear and distrust of medical professionals acts a huge barrier to women attending health centres. Stories of abuse, such as women being held against their will because they were unable to pay for their care or being forcibly shaved during labour, have, understandably, an incredibly negative impact on women’s decision to use maternity care services. As fear can be a more powerful deterrent than geographical and finical obstacles, respectful care must be a priority to in the drive to reduce maternal mortality rates globally.

Choice in birth and the C-section question

The issue of choice in birth was central to the Dignity in Childbirth survey. The survey found that only 68% of women were given a choice of where to give birth, 31% of women said that they did not feel in control of their birth experience and 15% of women were unhappy with the availability of pain relief. The survey did find overall women that women were satisfied with the care they received, yet there were a significant variations and areas of concern.

Only half of the women surveyed said that they had the birth they wanted. Whilst a greater proportion of women who had caesarean sections reported they did not have the birth they wanted (64% of those surveyed), it would be useful to see more research in to this which differentiates between women’s experience of planned and emergency c-sections.

Pauline Hull, co-author of Choosing Cesarean, A Natural Birth Plan and editor of electivecesarean.com , raised the importance of this distinction in questions about caesareans. In her presentation, she suggested that dignity, respect and support are very much absent from discussions around elective c-sections. This is a rational birth choice that should be campaigned for by those who want to ensure dignity in childbirth for women, Hull argued. It was positive to hear from many speakers that choice should be at the centre of all discussions around childbirth, and that more must be done to ensure that women are able to exercise their autonomy at this time.

As Carrie Longton, the co-founder of Mumsnet, said during her presentation, birth is not the most important thing about becoming a parent, but it is a moment in a mother’s life and in her baby’s life that they will never be able to change. The idea that “as long as the baby is healthy that’s all that matters” is simply not true. Women need to feel part of the decision making process, they should have their views respected, and they should be able to make the choices that are right for them. They deserve nothing less.
Posted by bpas blog at 07:33